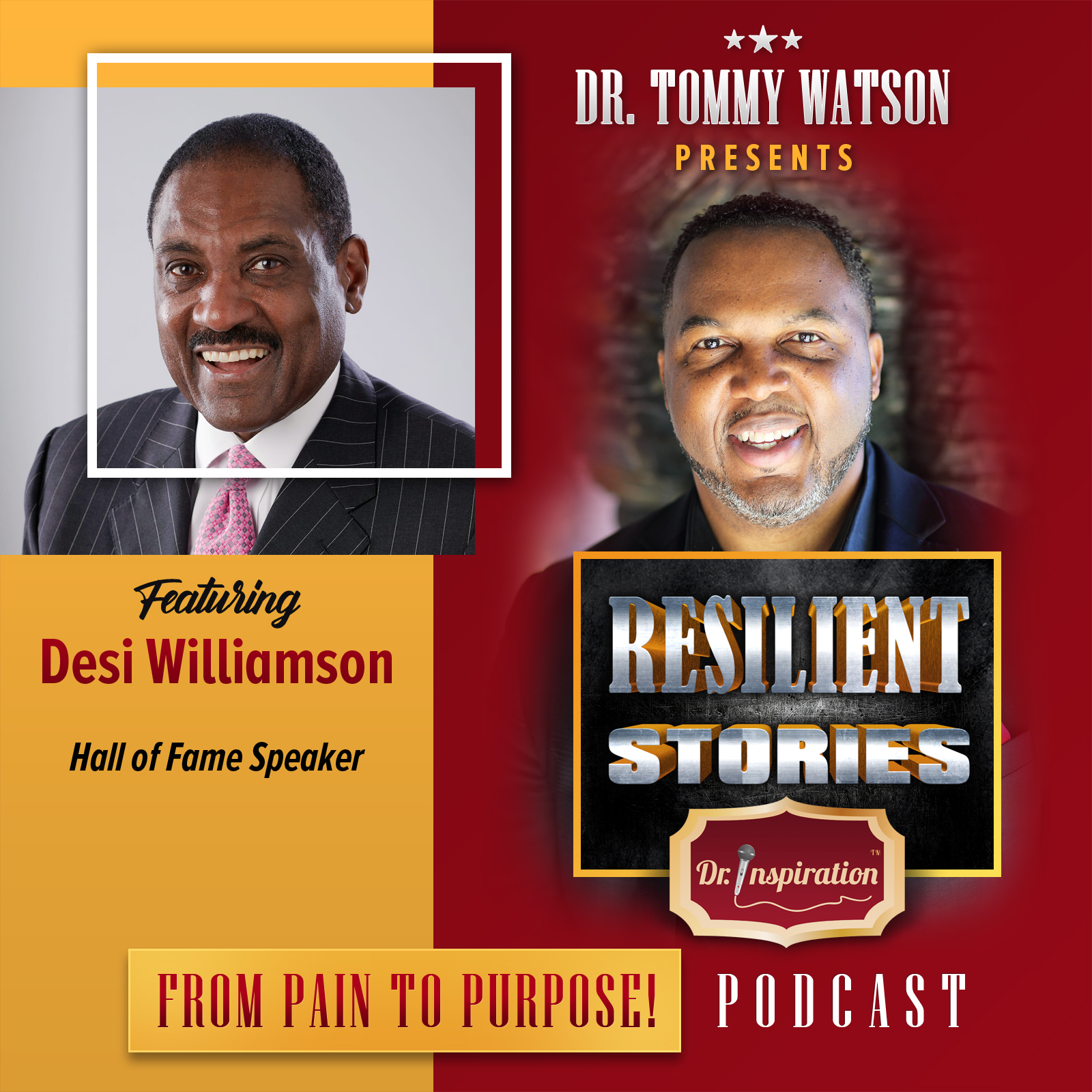 Desi Williamson
Desi Williamson beat the odds! Despite growing up in a world surrounded by poverty, drugs and violence, he overcame a myriad of obstacles to realize his dream of becoming a successful businessman, hall of fame speaker and author.

In 2004, Desi was inducted into the National Speakers Hall of Fame, the Minnesota Speakers Hall of Fame in 2005, and in 2001 he received the coveted Certified Speaking Professional award, the highest earned designation by the National Speakers Association. Desi’s body of work includes corporations, associations, civic organizations and professional football teams such as the Minnesota Vikings and Chicago Bears.